There is something to do for all interests this weekend in Chicago Southland. Whether you’re looking to explore nature, see a theater performance or places to eat, drink and laugh, you will find it just beyond the city limits.

To better plan your next trip to Chicago Southland, sign-up for our Monthly E-Newsletter.

Children's Museum in Oak Lawn
5100 Museum Drive, Oak Lawn
(708) 423-6709
Children ages 3 years and up will love this cooking demo with Graham Elliot! Graham is a judge on Fox's "Masterchef" and "Masterchef Jr.", as well as cookbook author of "Cooking like a Master Chef." This demo is geared towards littler kids and he'll invite some of the kids to help. The demo will be at the beginning and then Graham will hang out to sign his book and take photos for a "Meet & Greet." There is no extra charge for this program outside of the general museum admission fee.
6-7PM

Ongoing
ABRAHAM LINCOLN: SELF MADE IN AMERICA
Chicago Southland Lincoln Oasis
700 East Tri-State Tollway, South Holland
(708) 596-8300
Last year the exhibit, "Abraham Lincoln: Self Made in America" came to the Chicago Southland Lincoln Oasis. The traveling exhibit was created by the Abraham Lincoln Presidential Library & Museum to commemorate the 200th anniversary of Lincoln's birth. The exhibit features eight kiosks and covers Lincoln's childhood, the Lincoln-Douglas debates, the 1860 Presidential election, the Civil War, the 20th Amendment and Emancipation Proclamation, his assassination and other important periods and events in his life. This is a temporary exhibit, so don't miss the opportunity to learn about a famous part of America's history!
Open 7 days a week 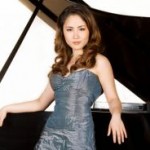 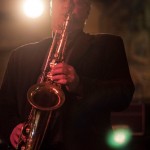 Siam Marina
16846 Oak Park Avenue, Tinley Park
(708) 407-8825
The Brian Gephart Jazz Quartet will perform while you enjoy your delectable dishes of Thailand and Vietnam with French influences, enhanced by Chef Pham's sauces and seasonings at Siam Marina. Brian Gephart is a versatile musician with several CD's featuring his original compositions. Last year he appeared as the featured performer in a Love Supreme tribute to John Coltrane at the Monterey Jazz Festival.
6:30-10:30PM

Friday, November 20th
PEOTONE FIREMAN & SPORTSMEN'S ANNUAL THANKSGIVING PARTY WITH A FISH FRY/TURKEY RAFFLE
Will County Fairgrounds
710 West Street, Peotone
(708) 258-9359
Fish Fry Dinner at $9 per person will be served from 5-7PM. The raffle will begin at 5:30PM with more than 200 Turkeys to be given away, as well as other games and prizes.
5-10PM

Friday, November 20th
NO LIMIT LAUGHS WITH THE ORLAND PARK COMEDY IMPROV
Cultural Center
14760 Park Lane, Orland Park
(708) 403-7275
Time to ‘get your funny on’! Join the ‘No Limit Laughs’ Orland Park Comedy Improv players for an unforgettable night of improvised comedy. Each show is guaranteed to be a unique experience, as the audience’s suggestions fuel ‘off the cuff’ fun!
8-10PM 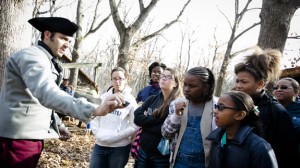 Saturday, November 21st
FALL CONSTELLATION MYTHOLOGY
Little Red Schoolhouse
9800 Willow Springs Road, Willow Springs
(708) 839-6897
Ever wonder what constellations are in the fall sky? Their names and mythology will be revealed through an informative discussion. Ages 10 & up with a limit of 30 participants.
1:30PM 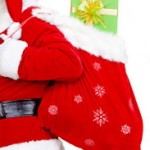 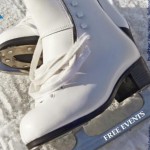 Saturday, November 21st
DIAPER DASH & KIDS TURKEY TROT
Orland Park Sportsplex
11351 West 159th Street, Orland Park
(708) 403-7275
Toddler Diaper Dash (9-9:30AM) for children 2 years and younger. Gobble, gobble all the way to the finish line. While at the Sportsplex, cheer on the kids (ages 3-9) as they participate in their very own Turkey Trot at the Sportsplex indoor track.
9-11:30AM depending on age 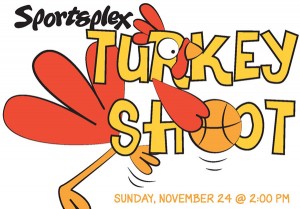 TURKEY SHOOT FREE-THROW CONTEST
Orland Park Sportsplex
11351 West 159th Street, Orland Park
(708) 403-7275
Win a turkey for Thanksgiving dinner at our Annual Turkey Shoot. Teams will consist of one parent and one child and will be grouped according to age. All ages are welcome. Mini basketballs and mini hoops will be used for the younger age levels.
2-4PM

If you’re planning further ahead, please check our calendar of events.
We Apologize, The following error has occurred:
Detail: Could not find the included template /includes/none.