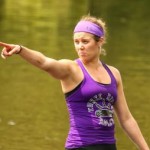 Rick: Preparation is going wonderfully, although it’s a lot of work to take a tournament to a new state. We enjoy being part of the Chicago Southland’s Summer of Lumber and have already received some excellent coverage. I’m really excited about some of the businesses we’ll be partnering with and I like the direction things are going.

CSCVB: Describe what it has been like working with professionals in the Chicago Southland.

Rick: The Chicago Southland Convention and Visitors Bureau have been great to work with. Joel Koester, who’s the Sports Sales Manager, has been fantastic. He’s a great guy and really invested in the project. The marketing, website design and social media teams have been fantastic as well. Their expertise, professionalism and energy for the event are amazing. Additionally, we’ve met with Joseph La Margo and his team with the Village of Orland Park, and Keloryn Putnam and her team at the Orland Park Chamber of Commerce. It’s been a good experience to work with outstanding people. 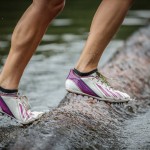 CSCVB: What have been some pleasant surprises you’ve come across in the planning process?

Rick: All the organizations in the Chicago Southland – the Orland Park Chamber, CSCVB and the Village of Orland Park are making my job so much easier. Their support, dedication and willingness to assist in finding locations, recommend local businesses and spread the word is beyond what I imagined. We have received some great press coverage already and the community really seems to be embracing the tournament.

CSCVB: Have there been any unexpected challenges?

Rick: There are many hurdles in expanding a tournament into a new state. The first location we had selected was a beautiful spot, but when we tested the water, the quality was not sufficient. The second location was in a park in a nearby city, but due to the June timing, flooding was a concern for the particular venue. Third time was a charm and we are thrilled to be in Centennial Park. 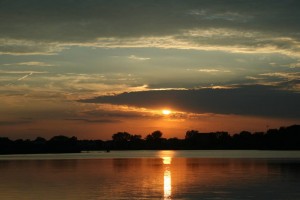 CSCVB: Can you tell us more about the U.S. Log Rolling Open being televised?

Rick: It’s exciting for a first year tournament to be a sanctioned Level 2 USLRA event. The overall purse will be relatively high and having the event televised will be great exposure for professional Log Rolling. The tournament will be featured on Comcast Sports Net Chicago, (CSN Chicago) which is home to all Chicago sporting events - Blackhawks, Bears, Bulls, White Sox and Cubs. This is definitely a great way to kick off the first year of the U.S. Log Rolling Open. Check out more great information and stories at CSNChicago.com.

Make certain to attend the June 11th U.S. Log Rolling Open at Lake Segewick in Centennial Park, 15600 West Avenue, Orland Park, IL 60462 from 12-5PM. Admission is FREE! More information can be found at VisitChicagoSouthland.com/USLogRollingOpen. Keep up to date with the professional athletes competing by following U.S. Log Rolling Open on Facebook, Twitter and Instagram. Contact Sports Sales Manager Joel Koester for more information on hosting your sporting event in the Chicago Southland area at (708) 895-8200 or Joel@VisitChicagoSouthland.com.