A rare journey into the Thornton Quarry

As a lifelong Lansing resident, I have driven past (or over) the Thornton Quarry countless times. I have always wanted to travel down into the quarry and after 26 ½ years of waiting, I finally got my chance last October. 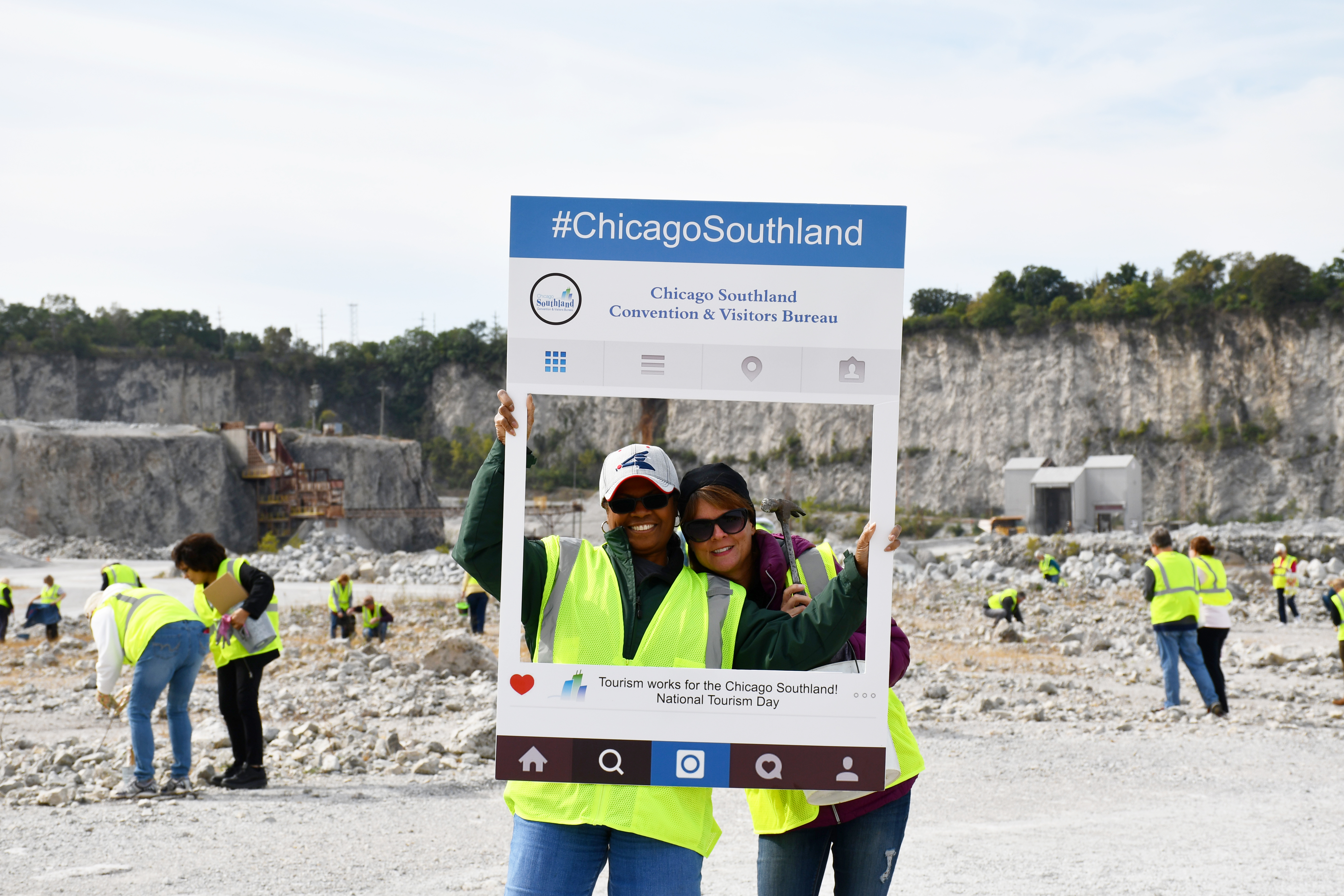 When my coworker, Tobie, offered me a ticket to join her on an upcoming quarry tour, I jumped at the opportunity. I was even able to bring along my dad, who was eager to join us.

The tour began at St. Paul Lutheran Church in South Holland, a short drive from the quarry. Here, we watched a short informational video that gave the attendees some helpful background information.

Next, we boarded our bus and headed to one of the overlooks, which gave us impressive aerial views of the quarry. Here, we were joined by a tour guide who works for Lehigh Hanson, the company that mines materials from the quarry.

Finally, we were headed to the quarry itself! Our tour guide narrated as we passed through the Lehigh Hanson processing plant, where we were able to get close-up views of the machinery that filters and cleans the rock that is mined out of the quarry. As we made our way deeper and deeper into the quarry, it felt like we were traveling back in time to the prehistoric ages. In fact, the quarry itself is made up of 400-million-year-old Silurian-age coral reefs. These reefs and other small invertebrates can be found in fossils throughout the quarry.

Tourgoers were invited to search the rocks for these fossils. We brought a hammer to crack open the rocks; some people even brought along buckets. Most folks were lucky enough to leave with their own fossils.

We were even luckier to have visited on such a beautiful day; the sun was shining, and the sky was clear. The views from inside the quarry were breathtaking. I never realized just how expansive it was. My favorite part of the tour was one of the small lakes on the quarry floor, which are turquoise in color due to all the minerals in the water.

All in all, the tour lasted for about three hours. After sharing some photos on social media, it turns out I wasn’t the only person who has been waiting to visit the Thornton Quarry. Several people asked me how I was able to get in and my dad’s coworkers asked him when the next tour was (there is a waitlist that spans years). The 26 ½ year wait was well worth it!

For more information on the quarry tours, visit Thornton60476.com. Be sure to check for tour availability frequently, as they tend to fill up fast! All tourgoers must be 18 or older.