As plans move forward on construction of the Barack Obama Presidential Center in Chicago’s Jackson Park, an announcement came in February that the first piece of art for the project had been commissioned. That piece will come from world-renowned artist Richard Hunt, whose large-scale and medium-scale public art pieces can be found throughout the county in places like Howard University, The Museum of Modern Art in New York, the Franklin D. Murphy Sculpture Garden in Los Angeles and the Martin Luther King Memorial in Memphis.

Book Bird will depict a 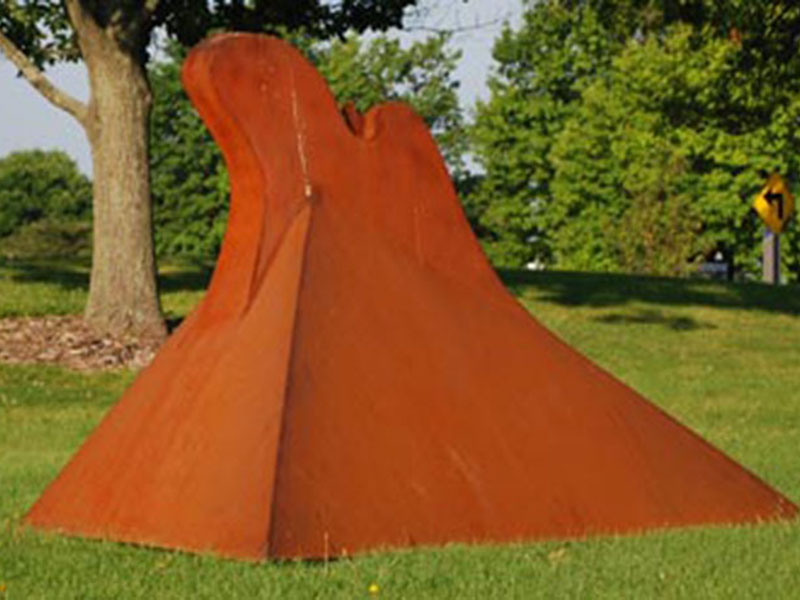 bird taking flight from a book to illuminate the places a child’s mind can fly to when inspired by reading. It will be placed in the Library Reading Garden outside of the new Chicago Public Library branch on the Obama Presidential Center campus slated to open in 2025.

Hunt has been regarded as “the foremost African-American abstract sculptor and artist of public sculpture,” according to the Smithsonian American Art Museum and one of the most important sculptors of the 20th century. The native of Chicago’s Woodlawn neighborhood trained at the Art Institute of Chicago and earned a fellowship that took him to Italy and France. His career has spanned more than six decades and he maintains a Chicago studio in a former electrical substation in the city’s Lincoln Park neighborhood as well as one in Benton Harbor, Michigan.

In the Midwest, Hunt's work can be found in many significant locations, often in forms imitating nature. “In some works it is my intention to develop the kind of forms Nature might create if only heat and steel were available to her,” said Hunt.

If spending time in Chicago and surrounding suburbs, you’ll likely encounter one of his pieces - perhaps at Soldier Field, the State of Illinois Center, Loyola University, the DuSable Museum, Roosevelt University, Midway Airport, McCormick Place, Ravina Festival or on the city’s lakefront along Lake Shore Drive. Additional pieces are just over the Indiana border in Gary, Valparaiso and Michigan City. 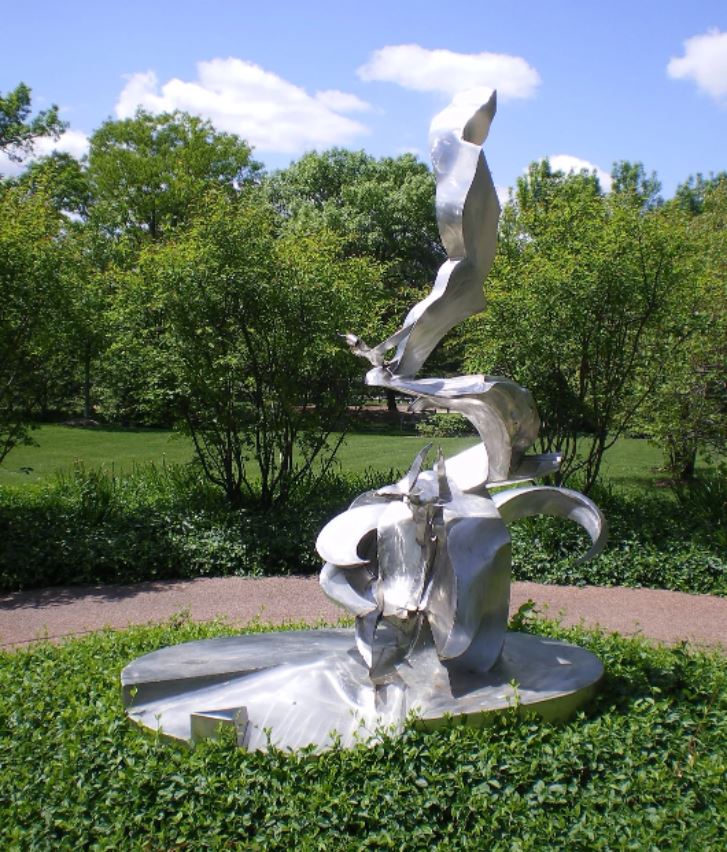 The Chicago Southland also has a few pieces by Hunt that are in public places and can be viewed for free. At the Nathan Manilow Sculpture Park on the campus of Governors State University, you’ll find two pieces of welded cortex steel installed in the 1970s.

Outgrown Pyramid II was exhibited in 1974 as one of a pair of works in the Grant Park exhibition Sculpture in the Park. It was a gift of Morris Lipschultz and can be found at the east entrance to the campus. Its companion piece, Large Planar Hybrid is part of the Nathan Manilow Sculpture Park collection and can be found in front of C-Wing, just west of the university’s main entrance. Both works arrived in 1976 for the groundbreaking exhibition The Sculptor, the Campus and the Prairie.

A description of the latter is posted on GSU’s website: “Large Planar Hybrid reflects Hunt’s unique vision and mature style in his combination of biomorphic and geometric abstraction. He often employs bird-like forms in reference to the freedom they represent, their presence in mythological themes (eg: Icarus, the Ginnever sculpture at the north entrance), and their historical resonance with the African-American experience. The viewer’s understanding of this richly rewarding work unfolds over time as position, light, and seasons shift.” View the full collection of the sculpture garden at https://www.govst.edu/NMSP-Collection/

You’ll also find a piece titled Uplifted at the Flossmoor Sculpture Garden that was installed in 2002. The sculpture is located at 2800 Flossmoor Road and is part of the permanent collection of an ongoing arts program that places sculptures in the village square, along residential streets and in the Flossmoor Sculpture and Garden Park. For more information, visit artflossmoor.com.