There is something to do for all interests this weekend in Chicago Southland. Whether you’re looking for arts and culture, family friendly or outdoor events, you will find it just beyond the city limits.

Friday, October 16th - Sunday, October 18th
THE DROWSY CHAPERONE
The Drama Group
Studio Theatre, 330 West 202nd Street, Chicago Heights
(708) 755-3444
When a die-hard theatre fan plays his favorite cast album, the characters come to life in this hilarious musical farce. Winner of 5 TONY Awards (including Best Book and Best Original Score), The Drowsy Chaperone is a loving send-up of the Jazz age musical featuring one show-stopping song and dance number after another. With the houselights down, a man in a chair appears on stage and puts on his favorite record: the cast recording of a fictitious 1928 musical. The recording comes to life and The Drowsy Chaperone begins as the man in the chair looks on. Mix in two lovers on the eve of their wedding, a bumbling best man, a desperate theatre producer, a not so bright hostess, two gangsters posing as pastry chefs, a misguided Don Juan and an intoxicated chaperone and you have the ingredients for an evening of madcap delight.
F-Sa 7:30PM; Su 2PM 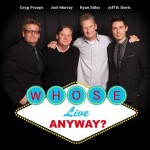 Governors State University Center for Performing Arts
1 University Parkway, University Park
(708) 235-2222
Join the cast from the Emmy-nominated TV show "Whose Line is it Anyway?" for 90 minutes of hilarious improvised comedy and song. Ryan Stiles, Greg Proops, Jeff B. Davis and Joel Murray leave audiences gasping with the very witty scenes they invent before your eyes. They might even ask you to get in on the act, so bring your suggestions and you might just find yourself on stage.
8PM 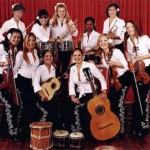 Dorothy Menker Theater at Moraine Valley Community College Fine and Performing Arts Center
9000 West College Parkway, Palos Hills
(708) 974-5500
Six-time Grammy® Award nominees and two-time Grammy® Award winners Mariachi Divas, under the musical direction of Grammy® Award-winner Alberto Beto Jimenez Maeda, are a unique, all-female multicultural ensemble. The group has its foundation and roots in mariachi and draws upon its member's diverse influences to create music that is traditional and then some.
7:30PM 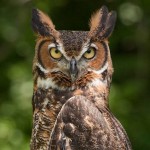 Take a two-mile hike on Lost Beach Trail and discover Sand Ridge’s namesake, an ancient beach ridge from 6,000 years ago. Be prepared for muddy and wet conditions.
1:30PM

Friday, October 16th
HALLOWEEN HAUNTING
Founders Community Center
140 Oak Street, Frankfort
(815) 469-9400
Kid friendly Halloween event. Wristbands are $10 at the door and if the kids are wearing a costume, receive $1 off. The kids will love the giant inflatables, spooky games, haunted hay ride and entertainment from Wallace Entertainment and Rainbow the Clown. The first 150 kids receive one small pumpkin from the local pumpkin patch.
6-9PM

Brookfield Zoo
3300 Golf Road, Brookfield
(708) 688-8000
Little ghosts and goblins of all ages are sure to have a howlin' good time! Our not-so-scary and fun-filled event has something for the entire family to enjoy.
10AM-5PM

Saturday, October 17th
HOWL-A-WOOF
Bark Park at Commissioners Park
22108 South 80th Avenue, Frankfort
(815) 469-9400
Sponsored by Chew on This Dog Barkery. Dogs will have the opportunity to Trick or Treat around the Bark Park. Also, there will be a Dog Costume Contest - Best Overall, Funniest & Scariest.
10AM

Saturday, October 17th
CURIOUS GEORGE
Governors State University Center for Performing Arts
1 University Parkway, University Park
(708) 235-2222
Join the inquisitive, lovable little monkey Curious George, star of books, movies, and the award-winning PBS television show in this delightful new musical. With every swing and flip, George takes the audience through a fun filled adventure, in which he learns more about Rome, meatballs, and the "secret ingredient" to cooking than he'd ever imagine!
11AM 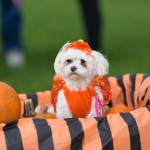 ABRAHAM LINCOLN: SELF MADE IN AMERICA
Chicago Southland Lincoln Oasis
700 East Tri-State Tollway, South Holland
(708) 596-8300
Last year the exhibit, "Abraham Lincoln: Self Made in America" came to the Chicago Southland Lincoln Oasis. The traveling exhibit was created by the Abraham Lincoln Presidential Library & Museum to commemorate the 200th anniversary of Lincoln's birth. The exhibit features eight kiosks and covers Lincoln's childhood, the Lincoln-Douglas debates, the 1860 Presidential election, the Civil War, the 13th Amendment and Emancipation Proclamation, his assassination and other important periods and events in his life. This is a temporary exhibit, so don't miss the opportunity to learn about a famous part of America's history!
Open 7 days a week

If you’re planning further ahead, please check our calendar of events.