Whether you shoot with your phone, Cannon, Nikon or your all time favorite camera, you will find a great photo moment at Nathan Manilow Sculpture Park located throughout Governors State University (GSU) in University Park, IL.

Nine photographers arrived at our recent Instagram Meet Up @Visit_The_Nate, which was organized by @VisitSouthland,  @ChiCity_Shots and @Illinois_Shots. The best part of photographers and Instagrammers meeting up was sharing different ideas and perspectives. To see more photos, search #SoChiMeetUp16 in Instagram.

When you do visit Nathan Manilow Sculpture Park to take your own pictures, know that there are over 29 sculptures to see and photograph. You are free to post pictures on your favorite social media channel, but please pay respect to the artists of the sculptures and do not sell your images for commercial or personal gain. Contact the office of the sculpture park at sculpture@govst.edu or 708.534.4486 if you wish to complete a permission form to allow the sale of your image.

You also might want to wear your walking shoes. We saw about 15 sculptures throughout our tour of the park, which took about 2 hours of walking on uneven ground.

The only restriction for parking at GSU is that cars MUST be parked in a parking lot. Cars cannot be pulled over to the side of the road. Otherwise, people can visit anytime dawn until dusk and walk the trails. There are no parking fees or permits required.

Check out the many different perspectives of the sculpture "Paul" by artist Tony Tasset shown below. Click on each picture to follow the Instagrammer to be further inspired. 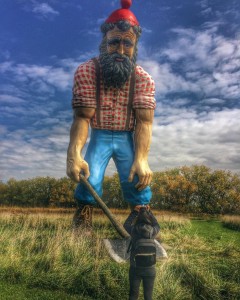 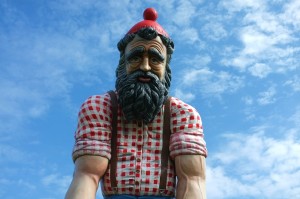 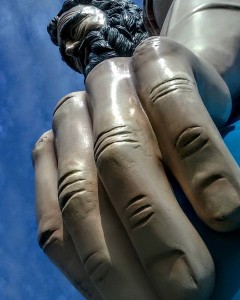 We started off the day with a Facebook Live video at the "Paul" sculpture where we talked about Paul and Instagram. That video can be viewed by clicking here. The video explains what we learned from the Otocast Mobile Audio Guide app (free to download) that provides an explanation and story behind each sculpture. Paul is a great example when contemporary artists are looking back in time in art history and as much as looking forward. While there are several Paul Bunyan sculptures throughout the country, it's extremely interesting to know why Tony Tasset's "Paul" represents the 21st Century version of Paul Bunyan and why he looks tired and is slouching over.

Here's an action shot of the photographers taking their favorite "Paul" shot:

The sculpture "Yes! for Lady Day" by artist Mark diSuvero is an interactive piece where you can climb inside and take different shots of art. Mark diSuvero is summarized in the Otocast app by Elizabeth Kelly as a pioneer in the use of steel and kinetic elements. His contribution to the history of art is a body of sculpture that liberates the medium from historic precedence of subject, scale and space and invites viewer participation. DiSuvero has said he was inspired to make "Yes! for Lady Day" when railroad cars passing by made him think, "these are the sculptures of America!" 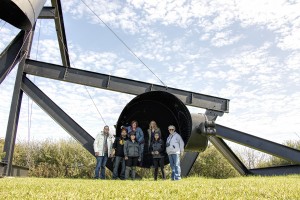 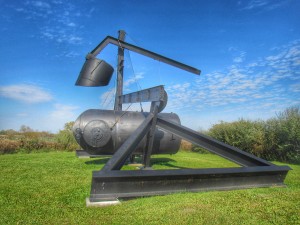 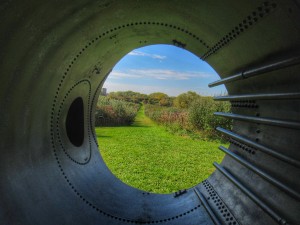 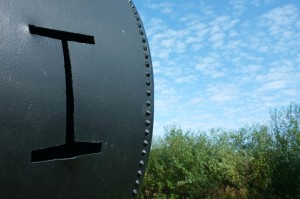 As you'll see when you walk the trail, there's more than sculptures to marvel as the art of nature appears all around. There's a beautiful row of trees near "The Granary Project" (by Dan Peterman) that captivated all of the photographers. The treeline is actually an important element of  Artist Martin Puryear's landscape-based artwork “Bodark Arc.” These trees were called “bois d’arc” by the French voyageurs who came through the area, pre-settlement. “Bois d’arc” means “wood of the bow” since the wood was used for the bows that the Potawatamie and other tribes made. We have found arrow and spear points on campus. The Anglo settlers used this type of tree as property line markers. The line of trees forms a 90º angle in the western section of the park and forms the backdrop for photos of Paul. Puryear incorporated this word into the title of the work, which, when viewed from the air, is clearly a bow (with the trees forming the “string”) and arrow (with the throne at the point where the nock of the arrow would be placed). It’s one of the most important works by one of the most important late 20th Century American sculptors. 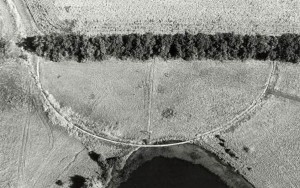 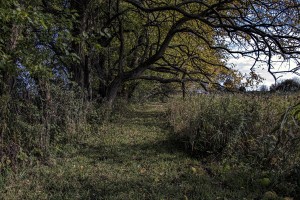 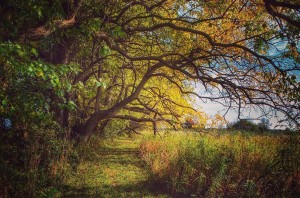 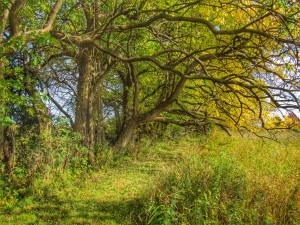 Some of the photographers used nature as a prop to the sculptures or made certain to capture the beautiful Autumn day surrounding the art. 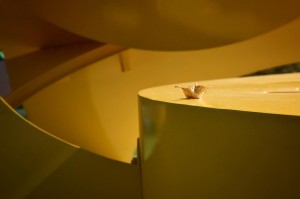 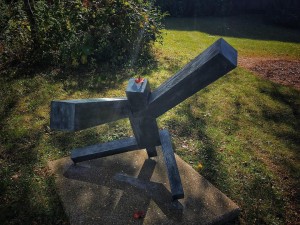 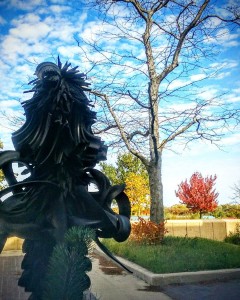 Governors State University’s Nathan Manilow Sculpture Park is open dawn until dusk, 365 days a year. Parking and admission to the park are free. The views surrounding the sculptures change with the seasons so it’s always a good time to visit. Whether you’re from across the street or across the country, a visit to the Nathan Manilow Sculpture Park will reward you with insights into distinguished artworks by internationally recognized sculptors as you establish a connection with their landscape.

Make a weekend trip out of your visit and book your hotel in Chicago Southland.