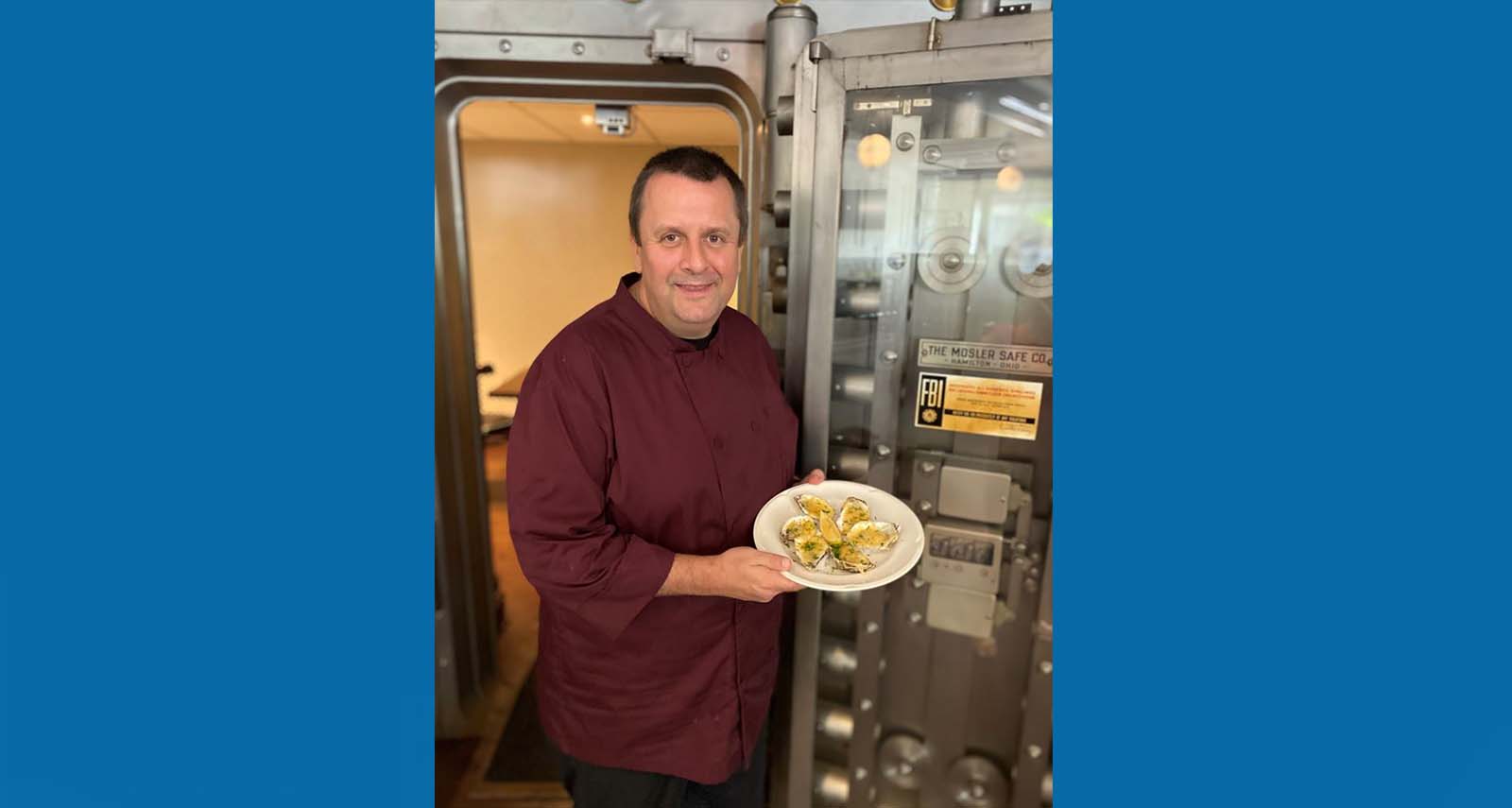 A TASTE OF FRANCE IN THE CHICAGO SOUTHLAND 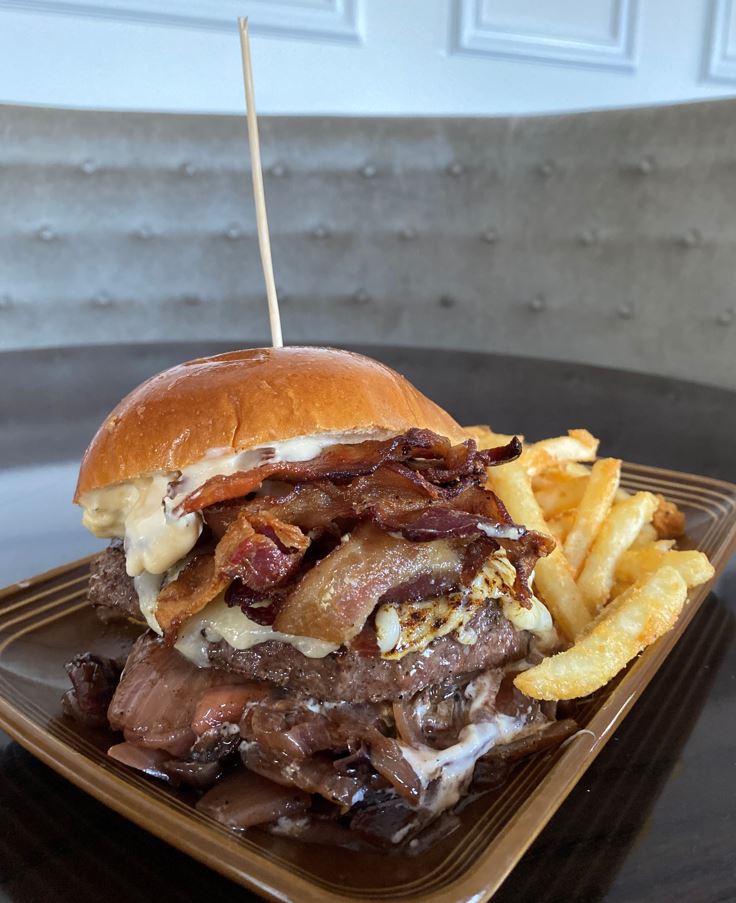 In 2015, the former Homewood State Bank became La Banque Hotel. French for “The Bank,” the building was transformed into a luxury boutique hotel as a sister property of Ravisloe Country Club. Within the hotel is a bistro and bar called “La Voute,” which is French for “The Vault.”

Throughout the property are nods to the history of the bank, with iron doors and safe deposit box covers used for room numbers and as a backdrop for the bar. There’s also the original bank vault, now used as a private dining room with a label still affixed showing a signature by then FBI Director J. Edgar Hoover.

La Voute’s new general manager and executive chef, Robert Burt, is continuing the traditional of presenting classic French dishes and bringing to it his passion for local and seasonal ingre 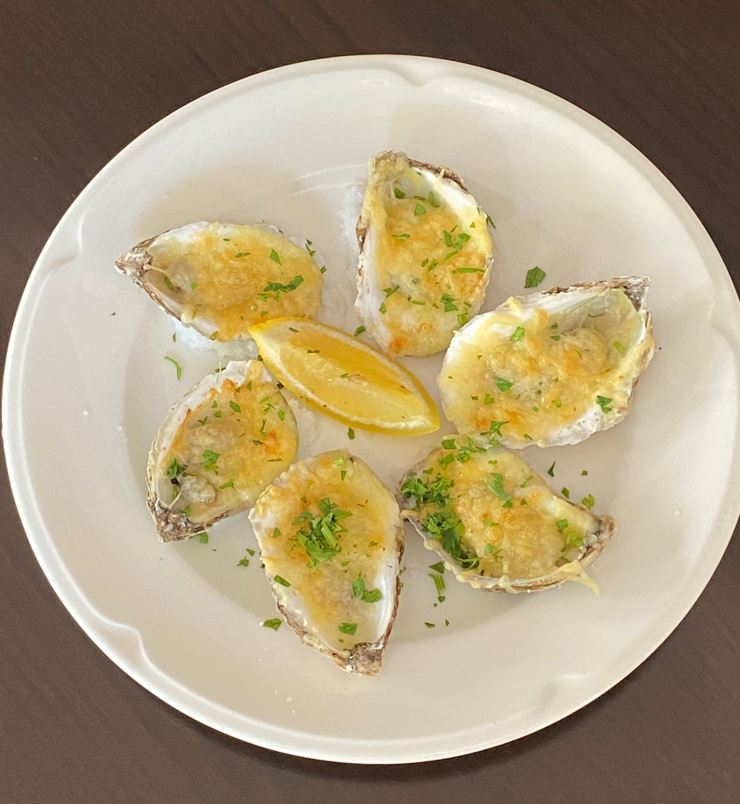 dients that has developed over years of working in some of the Chicago Southland’s iconic restaurants, including the Maple Tree Inn (at its former Blue Island location), Fresh Starts in Flossmoor and the Cottage on Dixie in Homewood.

He passed through the Court of Master Sommeliers Americas and worked as a wine and beverage director and also in sales for a boutique wine company and brings that experience, as well.

His most recent position before joining La Voute was as the head chef at Locavore Farm in Grant Park creating dine-on-the-land dinners. “Last year I was solely working with them and understood how to work the bounties of the season of the farm,” he said.

Burt said it is his goal to embrace the locality and heritage of the Midwest, specially the area south of Chicago that has played such a vital role in agriculture. He noted that the Vincennes Trail was once the passage from south suburban farmland to the markets in Chicago. “This was the bread basket of Chicago,” he said.

He carries a philosophy of investing in and illuminating the talents of his team. “My job is to show their talents,” he said. That positive work culture trickles down to the customer, he believes.

Burt describes the La Voute Bistro + Bar as having “midwest fare with French essence.” That motto shines through in such dishes as the steaks frites, which Burt suggests pairing of the Hoopla Red Blend from Napa. A highlight of the appetizer offerings is Martini Oysters, prepared with vermouth butter, gruyere and asiago, which he likes to pair with a LaCroix Gratiot Picpoul De Pinet from France.

Must-try signature items include the Marvelous First Course of Fruit and Cheese from the appetizer menu, the La Voute Burger (an Angus burger with gruyere caramelized onion, gruyere creme fraiche) and the Parisienne gnocchi that is scratch-made and featured with the beef tenderloin tips.

A variety of house-made desserts rounds out the menu and they also serve gelato from Zarlengo’s in Chicago Heights, which Burt rates as comparable to gelato he’s enjoyed in France or Italy.