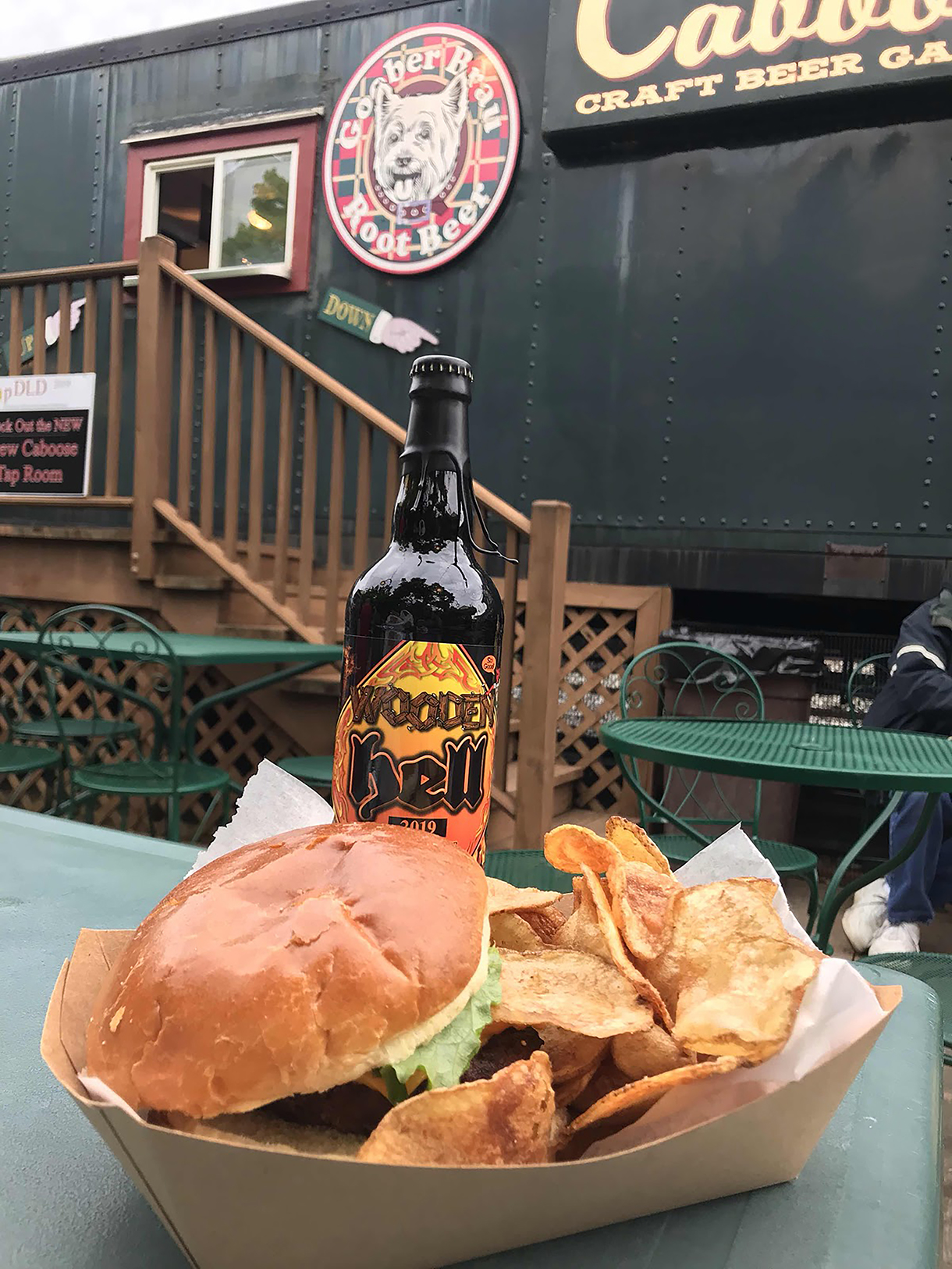 It had been many years since I had visited Flossmoor Station Brewing Company, but I stopped by for their recent
Pre-Dark Lord Day event to cover it for a local paper. It coincides with the big event that Three Floyds Brewery organizes for the annual release of their Dark Lord Imperial Stout. For the event Flossmoor Station was doing a bottle release of their popular Wooden Hell barleywine.

Flossmoor Station opened way back in 1996, so it was one of the first craft breweries in the area. It's located in a 1906 train depot which was renovated to meet them needs of a brewpub, but the owners kept many of the original features and charm. There's also a nice beer garden and a caboose where you can purchase beer that was previously an ice cream shop. It was open for the first time during the Pre-Dark Lord Day event. It's a great place to hang this summer and enjoy a pint